Creative Spotlight #7: Michael Latif on adapting to thrive in the new world of production

Michael Latif, Head of Finance at UK Production Company Two Brothers Pictures was new to the industry when he joined Two Brothers, which is quite rare in such a closely connected industry. When POP spoke to him he offered us the chance to see our industry through fresh eyes. 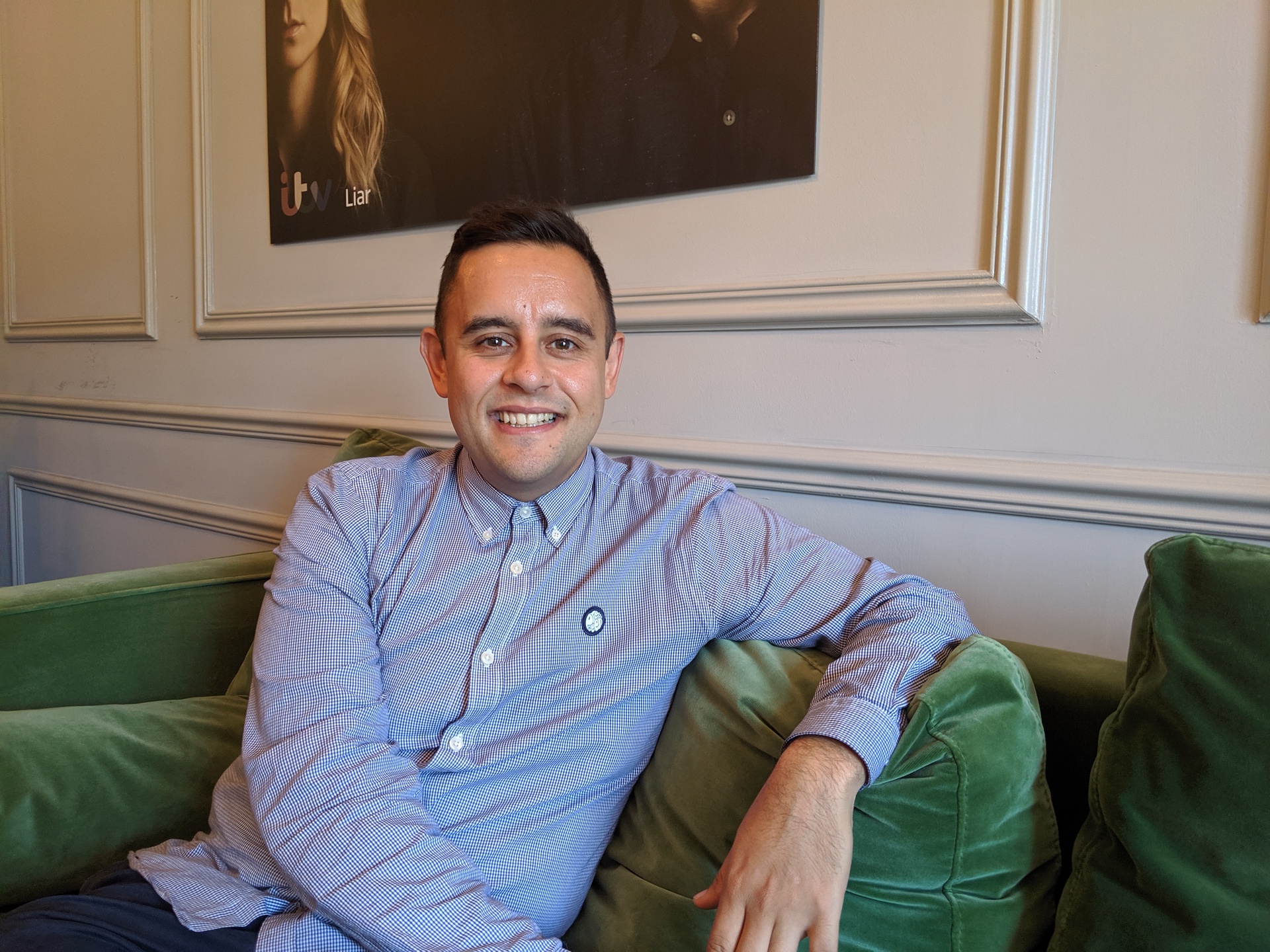 How did you get into the industry?

I’d always been interested in the whole world of film & TV and met Jack and Harry years ago through college friends. I passed my accountancy exams through CIMA, working for various companies, but then I heard the Two Brothers were looking for a Head of Finance. I was also a massive fan of The Missing and loved the other shows they were doing. My best friend’s an actor and a writer too, so I had those connections and had always been interested in following the development side of things. They always said I’d be a great fit for the industry, I must have the personality for it!

Two Brothers is a relatively new Production Company, how did it start?

Jack and Harry have been writing for a long time, initially it was a lot of comedy writing and then with The Missing they had a huge drama hit on their hands.

They formed Two Brothers and bootstrapped it by working out of one of their houses, which is pretty amazing, and ultimately it was their quality of output that led them to build this company and for it to continue going from strength to strength.

The company is only seven years old and they already have a handful of new shows on TV screens this year alone: Fleabag 2, Cheat, Baptiste and The Widow.

So how did you come to be working with them?

So, a bit of luck and good timing.

What excites you about the challenges of TV production?

The mechanics of it excites me — there’s just so many moving parts. I compare it to old style factories and factory output, this is the new industry but it’s the same mechanics with everything dependent on all the other cogs.

When you think about it, it’s such a process from Jack and Harry’s brain to the screen. The time it takes can be years, it goes through so many different lifetimes.

What always amazes me seeing the way they work is that they have the confidence to let things go, they have to relinquish control. Each project is so personal and so creative, and yet for it to take that next leap to come to life, they have to hand it over to a whole new team of people who actually make it happen.

Your role is managing the money, how is this different to previous industries?

It’s different in the fact that each project is its own financial entity and can vary dependent on the show. Sometimes we’ll fund the writing ourselves which provides more opportunity when it comes to selling the idea, and sometimes the broadcasters will pay for development in which case they have first dibs so to speak!

There’s always an innate understanding of what the budget will be based on who it’s for, the type of show, location of shoot etc and then it’s my job to build out the budget and to look at how that will be funded whether it’s a bank or broadcaster as well as what tax credits the production might qualify for. Tax credits for high-end TV in the UK have been brilliant in supporting the industry and allowing quality shows to get made.

From the finance side it’s about building the profile for how we’re going to fund the show, then you start to build the crew and once the team’s in place, we almost let it go. That is then their entire world every day, but for us we could have five different productions at different stages of the production line and different pressures, so they’re thinking of budget of show and we’re focused on budget of company.

The pressure is effectively managing all those different projects at once and making sure we’re an effective support function for them whilst staying on budget.

As someone new to the industry what has been the biggest surprise?

I’d worked a lot in previous roles bringing in software and technology to make improvements and find efficiencies.

What surprised me after speaking to people in Production Accounts and experiencing behind the scenes myself, was the lack of streamlining and that teams would still be chasing signed contracts and it would be the end of the show.

Under GDPR I’m the data controller too so I noticed all the paperwork and the processes around having all the payroll stuff locked away. It’s so manual for what you think is a technologically advanced industry.

For the size of information and how many people there are there’s such a high volume of people and turnover of information, you need people just to chase contracts.

Since you joined, have you noticed any changes in how the industry is operating?

There’s definitely younger people coming in who are more adaptive to using technology, so that’s a bit of a generational shift but the real challenge is habit change, and that takes time.

What action do you think we can take to drive change?

We need to open up to people outside of the industry and broaden our recruitment reach. We work with Skillset and are very pro opening up to new people, from all different backgrounds and I love that about our company.

I’m not from the standard background of someone in the industry either and we need different people coming in to challenge things.

Why do you think this is so important to the future health of the industry?

If you have one group of people you’ll miss out on a wealth of influences and talents and it would be so sad if we all missed out on something, on these other amazing stories just because we didn’t have different people working in the industry.

I’m so happy that Two Brothers massively encourage it and All3 have a great placement scheme too.

It’s where the industry needs to go but we like people who are like us because they make us feel comfortable.

Looking at the big picture, how is the rise of the streaming services changing things?

There’s been a definite shift in output. The introduction of the high-end TV tax credit has allowed lots of shows to be made in the UK and brought a lot of investment our way — which is showing on our screens.

Another thing I’m noticing when building budgets is that rates are being pushed up due to all these shows being made. That combined with people being so booked out all the time with so much shooting, it’s really difficult being squeezed on budget.

Comedy in particular is very difficult as the rates aren’t the same as drama rates so I hope we can encourage a bit more comedy and increase output there, because that will struggle otherwise, especially with the tax credits on high-end TV drama.

If competition is strong you have to become stronger otherwise you don’t survive — I hope smaller Indies aren’t pushed out and that we strengthen output across the board in different segments.

Note: a different version of this interview has also published on Medium.