POP has rebranded to Entertainment Partners. Find out more

Spotlight on the Production: Liar 2

Struggling to adapt their manual processes to productions evolving needs, Two Brothers Pictures partnered with We Got POP on season 2 of Liar, drastically improved the teams’ efficiency, saving 40 man days across the shoot.

The production team saved time and energy using the Production Portal in the place of manual processes. The team were happy to share their experience of being Powered By POP.

Two Brothers Pictures’ Head of Production Emma Pike introduced POP on Liar to improve compliance and ensure crew policies and contracts were signed in a timely fashion, with auditable proof. Despite a tight pre-shoot deadline the Liar team were engaged and keen for an electronic workflow having trialled various production tools before but never having had one platform that was able to handle onboarding, contracting and distribution and link all the information together. 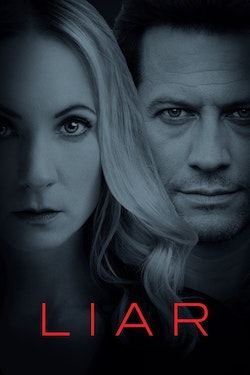 Compared to previous manual processes POP proved to be a huge time and stress saver for the Liar team. From onboarding to contracting to distribution the team saved time by using the production portal for all of their usual processes

“Creation of contracts is a whole new world based on what happened before. We saved at least 3 days of a person’s time in prep alone, so just taking that off the map is huge,” explained Financial Controller, Michael Fussell. “Onboarding was quite satisfying, within 10 seconds you could have issued a start form and policies, it’s so much easier than before,” elaborated Production Coordinator, Rebekah Woolley.

Manual spreadsheets were replaced with a contract summary page that automatically reflected the current contract status and provided built-in prompts to chase contracts and resolve issues where needed. Being able to find all contracts, countersign and get reminders in one place helped the team to quickly know who had signed their contract, allowing them to understand their compliance risk and easily act to reduce it.

The Production Portal’s messaging system, made securely watermarking and sending out numerous amendments quick and easy. Assistant Production Coordinator, Isabelle Simpkin explains, “The ease and speed is brilliant. POP’s Distro is above and beyond other distribution tools I’ve used. Others don’t have half the features POP does.”

The experience of partnering with POP

The Liar team worked in collaboration with POP to develop new products based on their needs such as Timesheets. Thanks to the close collaboration the Production Portal was able to evolve to meet the Liar team’s unique requirements without them needing a bespoke product.

“Service is a big differentiator for us. The POP team care and our feedback matters to them. POP has responded to everything. Overwhelmingly so! In sight of that I would use POP over and over again. When we’ve voiced something we’d like, POP has responded,” explains Line Producer, Kate Dudley. Of their experience partnering with POP the entire team said it was a positive experience and would absolutely recommend using POP to colleagues.

Want to hear from more industry voices? Read more of our case studies.

Gain oversight, increase efficiency and protect your business with POP