Winning in the new world of production 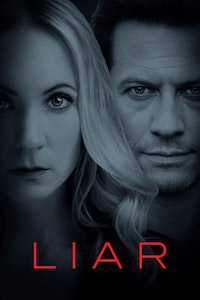 Struggling to adapt their manual processes to productions evolving needs, Two Brothers Pictures partnered with We Got POP on their recent TV show, Liar. With POP on Liar season 2, Two Brothers drastically improved their teams’ efficiency, saving 40 man days across the shoot, and gained confidence in their compliance thanks to complete oversight of their IP and data risks.

Two Brothers Pictures is an ambitious independent Production Company under the All3Media umbrella, known for award-winning comedy and drama like Fleabag and Baptiste. New regulations and increasing market competition led Head of Finance, Michael Latif and Head of Production, Emma Pike to reevaluate the manual production processes exposing the business to risk. With We Got POP’s Production Portal Two Brothers Pictures enhanced their efficiency and compliance, allowing them to focus on creating hard hitting drama. Here Michael and Emma share their experiences of being poweredbyPOP on season 2 of Liar.

“If competition is strong you have to become stronger otherwise you don’t survive,” explains Michael. Being so reliant on manual processes was stopping us fulfilling our true commercial and creative potential.

Our old processes were slow, difficult and wasting huge amounts of time, especially when contracting. “We had no proof that crew had seen and signed our policies and terms of contract leaving us non-compliant and without a papertrail,” explains Emma.

Not because the SPV team were bad at their jobs, rather it was because they could only focus on the immediate priorities of tomorrow’s shoot, paperwork and contracts just fell through the gaps. At the production company level we had limited visibility of what was happening on set so even if the crew had seen contracts and policies, we wouldn’t know. The manual processes were making the teams’ workloads unsustainable and unviable, so we knew we needed to change.

With POP taking care of many of our critical business support functions we can focus on making great content, and have confidence that we’re producing great content safely

To combat these challenges we’d trialled a distribution tool and we also considered a contracting tool but the technology was less advanced and we weren’t confident that they could match the pace and needs of our business.

We were still looking for a solution and there was a lot of Industry chatter about POP; it was mentioned at the Heads of Production meetings and came recommended by a trusted Production Accountant who had used POP on-set. We did our due diligence to ensure POP could deliver ROI as well as make our SPV teams’ workloads compliant and viable. In the end we chose to partner with POP because of the recommendations, the advanced tech and the resources POP could provide to respond to our needs.

Experience of partnering with POP

Now we’ve got GDPR covered which is a huge relief! With POP taking care of many of our critical business support functions we can focus on making great content, and have confidence that we’re producing great content safely.

We know contracts have been signed at the beginning of a show and the crew have seen our policies. We feel covered and protected and have a real sense of how the team is getting on. The time saved allows us to remain commercially viable, sustainable as a business and make the production office’s workload more manageable. Going paperfree was a nice bonus as we’re trying to be sustainable where we can.

POP is well worth the cost for everything it delivers

One of the best things about working with POP is that things get done. We had initial concerns that everything being promised couldn’t possibly be delivered - it seemed too good to be true. Yet every promise was delivered with quick and efficient action. The team were responsive and they kept up with the pace of our production. “I love POP, I tell everyone about it, I’m a real advocate,” explains Michael.

We feel listened to and understood and when something can’t be delivered, we love that we get a roadmap of when it can be achieved, so there’s no lip service. “POP is well worth the cost for everything it delivers,” elaborates Emma. We’d be very disappointed if we could no longer use POP. The SPV team can’t imagine going back to the old, manual way and now we’ve experienced confidence with compliance, we wouldn’t want to go back. As a more commercially viable and sustainable business, we can focus on making hard hitting drama.

Gain oversight, increase efficiency and protect your business with POP